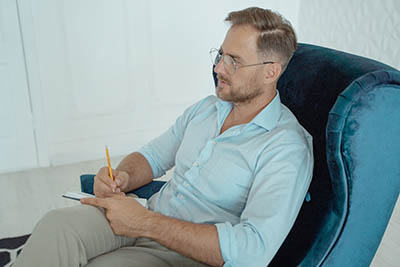 Therapeutic abortion refers to the termination of pregnancy for medical indications, while elective abortion or voluntary abortion describes the interruption of pregnancy before viability at the request of the woman, but not for medical reasons. Most abortions done today are elective, and thus, it is one of the most frequently performed medical procedures. But first of all, I’d like to underline that the use of this distinction underlines itself a moral judgment: what is its purpose? In some countries, many hospitals and private practice groups prohibit their physicians from performing elective abortions. Women with medical indications can receive therapeutic abortions within their current healthcare delivery systems, while those whose abortions are labelled elective must go elsewhere. Secondly, one should open a debate if abortion is a choice or if a woman doesn’t simply have a choice. For example, those who lack the money and resources to have a baby. But the ethical and philosophical debate wouldn’t end here. For simplicity, I will use the term voluntary to distinguish it from previously discussed articles on early spontaneous abortions.

The attitudes of physicians toward abortions vary greatly and in many countries conscientious objection (i.e. when doctors and nurses refuse to have any involvement in the provision of treatment of certain patients due to their religious or moral beliefs) is granted. Conscientious objection is granted in 22 member states of the European Union plus the United Kingdom, Norway and Switzerland. It is not granted in Sweden, Finland, Bulgaria, Iceland, or Turkey. Conscientious objection puts women in an unequal position depending on their place of residence, socio-economic status and income.

Besides personal opinions, professionalism is usually expected from physicians. Abortion is an ideal topic to explore professionalism given that it enables a discussion on how to consider situations in which healthcare professionals’ values may differ from their patients’ and/or challenge their ability to meet professional obligations to patients, thus facilitating reflection on how they might act and potentially resolve conflicts.

The importance of treating patients seeking abortions respectfully and the opportunity to provide compassionate care and comfort to patients during what is perceived as a vulnerable time. “Abortion is not a black and white issue, there is a lot of grey area, and it is very important not to be judgmental with the decisions women make with regard to their bodies”. Judgment may come spontaneously when one holds different personal values. Being able to put personal beliefs aside in favour of what the woman need is part of professionalism.

Patient welfare should be the priority, and according to a patient-centred perspective, the patient’s wishes and interests should be put first. Abortion may contribute to the patient’s well-being, and this supersedes the provider’s attitude.

The principle of respect for autonomy is usually associated with allowing or enabling patients to make their own decisions about which healthcare interventions they will or will not receive. The decision to terminate a pregnancy is a personal decision, it is a choice that “a woman has the right to make for herself”.

Abortion care is included in the responsibilities of an OB/GYN, and most professionals perceive a professional obligation to learn how to perform it.

It is necessary to be able to understand the possible different backgrounds of the patients on the theme of abortions and the cultural impact. For example, in Africa abortion is equated with colonialism, both of which are seen as inevitably leading to the destruction of African culture. ‘Culture’ may be a powerful discursive resource which is utilised to restrict access to the legal termination of pregnancy services. This is achieved by constructing abortion as contrary to African ‘cultural’ values, by defining abortion as disrupting conjugal and parental relations, and through ‘cultural’ shaming. The physician must be aware to not reinforce the idea of the woman being shameless.

Providing or referring for abortion care is the ethically right thing to do for patients, regardless of whether the physicians’ personal beliefs allowed them to participate. Here remains the problem of regional variability in the availability of abortion services and thus the ethical dilemma about resource allocation.

When the doctors talk about sexuality: what are the patient's reactions?